Next stop on the itinerary was a new state for both of us – Montana! We spent our first few days in Livingston at Rock Canyon RV Park. The weather was a little rainy while we were there so we didn’t really do a whole except get caught up on laundry. We did make a day trip to Bozeman to make a Costco and Target run, and while Deas got a haircut I wandered around and took some pictures. 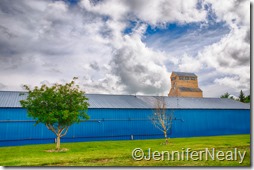 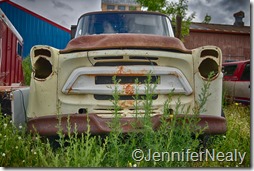 After Livingston we spent a long weekend in Helena. We got a great spot facing right towards the water at the Devil’s Elbow Campground, a BLM site about 20 minutes outside of Helena.

We wandered around downtown and saw a bunch of historic old buildings, including the capital and a beautiful old Catholic church.

Just outside of downtown, we stumbled upon some old lime kilns. 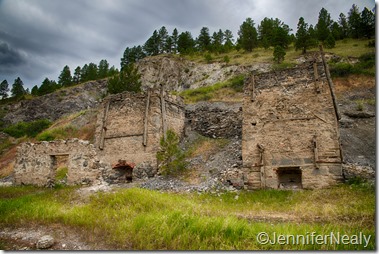 After Helena we wanted to head towards Missoula, but were looking for a midway stop on the way there. Deas read an article that the #2 most popular campsite in the state of Montana was just south of Philipsburg, so we decided to head there. The campground was called Philipsburg Bay, but when we got there we were a little underwhelmed. The sites were large and paved, but the scenery was nothing spectacular, so I’m not sure why it was rated so high. Right down the street though was another campground called Piney Campground, and this campground was much nicer. We scored a great spot right on the water and enjoyed a couple of days just hanging out enjoying the view right outside or door.

The town of Philipsburg is a charming old mining town, and we really fell in love with it. When we were exploring it, we discovered a self-service RV park right in town. It only has 3 sites, but it’s full hook-up, has 50 amp…and it’s only $25 a night! It was empty when we drove by, so the next morning we packed up and moved the RV there. The park is called Pintler Peaks RV Park – it doesn’t have a website, and isn’t on RVparkreviews.com, but it was quite a nice little find and we enjoyed our stay there. 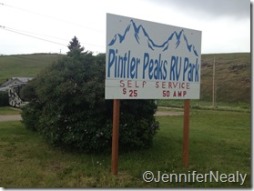 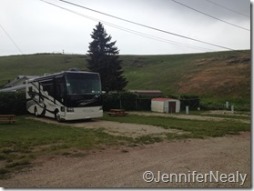 Philipsburg has a great little downtown and we enjoyed just wandering the streets. There were many historic buildings, funky street signs, and old houses – some updated, and some in various states of disrepair. 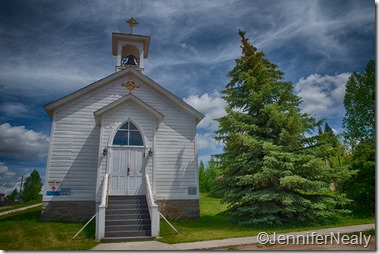 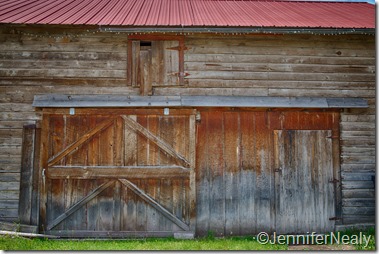 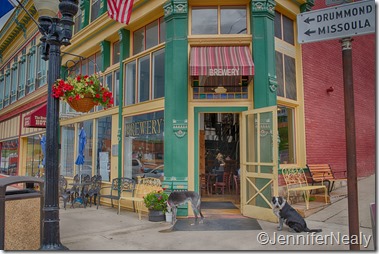 If you like cute small towns, you’ll love Philipsburg. We met so many friendly locals hanging out at the Philipsburg Brewery that we felt like we had friends by the time we left. We’ll definitely be back.

On a different, non-RVing note, a couple of years ago Deas and I were on an episode of House Hunters. I just happened to notice last week that our episode will be airing again this weekend. So if you’re interested, tune in to HGTV on Saturday July 12 at 3:00 Eastern!

There’s no question for me which is worse. If you’ve ranted about the guy on the left but you’re not bothered by the guy on the right, well, I really don’t even know what to say. This has to stop. Black Lives Matter. #blacklivesmatter
Deas has been begging me to cut his hair for weeks. I finally (nervously) relented. I found some helpful YouTube videos and bought some good hair shears. Much to my surprise and Deas’s relief, I think I pulled it off. Don’t worry @chloescissorhandz, I will not be attempting this on myself!
The van is fixed! 🎉🎊 Turns out it was an alternator issue and we did not need a whole new engine after all, thank goodness! Many thanks to Ed Murdock Superstore @ed_murdock_superstores in Lavonia Georgia and to @winnebagorvs and @ramtrucks who were apparently involved behind the scenes to get us up and running and back on the road so quickly.
Van update! After telling us yesterday that our entire engine would likely need to be replaced, this morning they now think it’s the alternator. Which makes a little more sense and will hopefully be a much easier repair. We’ll know more Friday, fingers crossed until then....