From Netarts we headed south towards Newport, and we stayed at South Beach State Park.  It’s been fascinating to me how much the Oregon coast changes from destination to destination, and how different each location is.  Newport is a nice little city that has a historic bayfront which is still a very active fishing port.

Those sea lions were so noisy we could hear them all the way at the campsite!  We got a kick of watching the dogs reacting to them – Jake wagged his tail, Shorty growled, and Nikki didn’t even seem to notice them!

In Newport we also visited the Yaquina Head Lighthouse, which at 93 feet is the tallest lighthouse in Oregon.  There are beautiful views from all over the grounds. 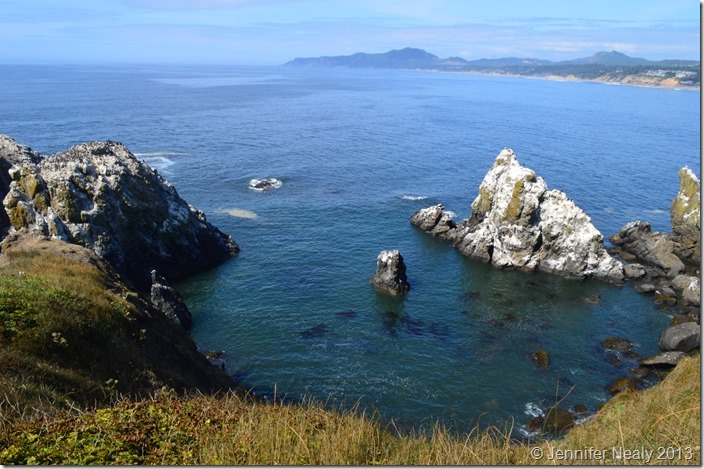 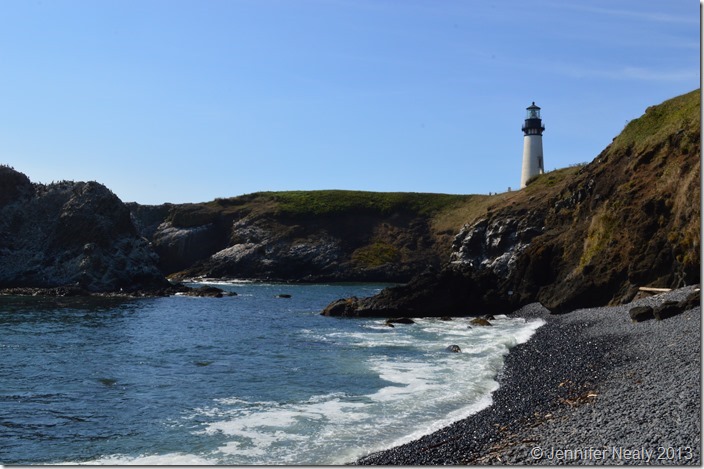 There is another lighthouse in the area called the Yaquina Bay Lighthouse, which was only in service for 3 years, from 1871 to 1874.  It’s believed to be the oldest structure in Newport.  It’s the only existing lighthouse that had the living structure attached, and you can tour the inside of the lighthouse and living quarters for no charge.

We drove north to Depoe Bay which claims to be the world’s smallest harbor, and is purportedly a great place for whale watching.  We did not see any whales on our visit, but we had a great lunch there and the shoreline was beautiful!

We also drove to Cape Foulweather, which was so named by Captain James Cook because of, well, the foul weather he experienced while there.  Luckily for us it was not living up to its name the day we visited. 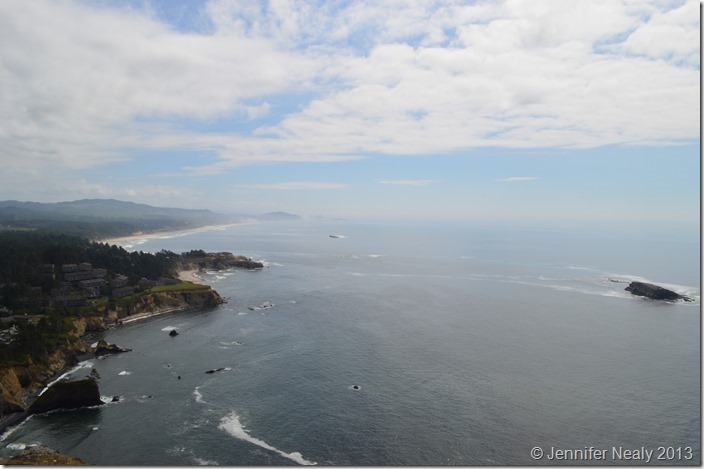 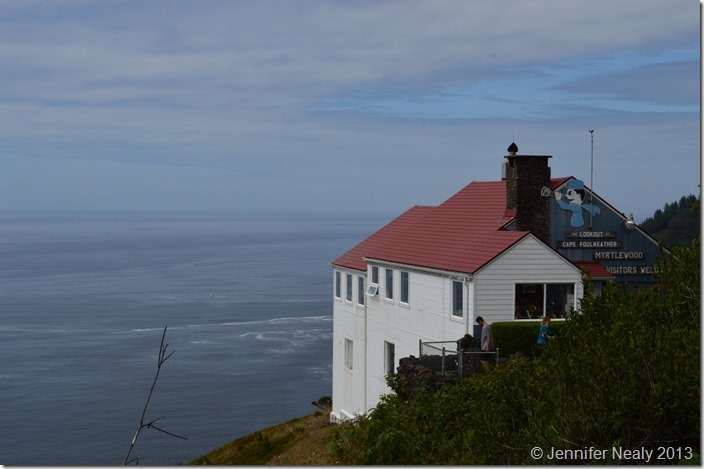 Nearby is the rock formation called the Devi’l’s Punchbowl, which is believed to have been formed by the collapse of the roof of a sea cave.

Just south of Newport is Ona Beach State Park, which is for day use only.  We saw some horse back riders, but other than that we had the place pretty much to ourselves.  It was gorgeous – wide open, wind swept sand, and interesting rock formations.  It’s just what I’d always imagined the Oregon coast would look like. 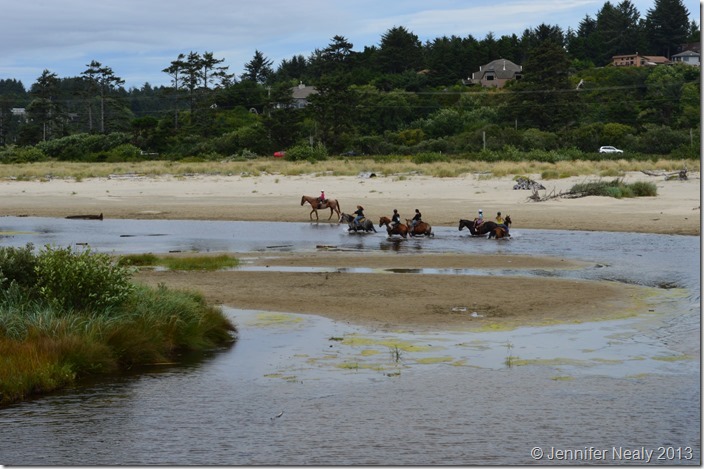 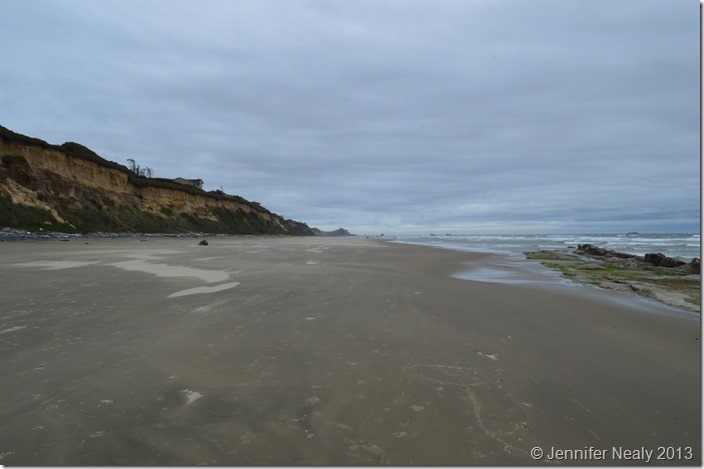 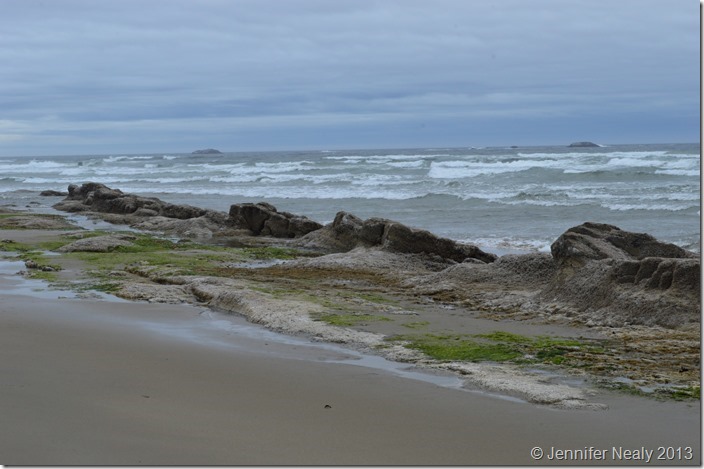 Newport’s been one of our favorite cities on the coast and will definitely be on the list for a return trip!