On our last day staying at Fishing Bridge RV Park, we decided to make a day trip to Cody, Wyoming, and so headed towards the west entrance of the park. Along the way we passed this small pond which we had passed a few times already, but the morning light this time cast a different, beautiful light on it. 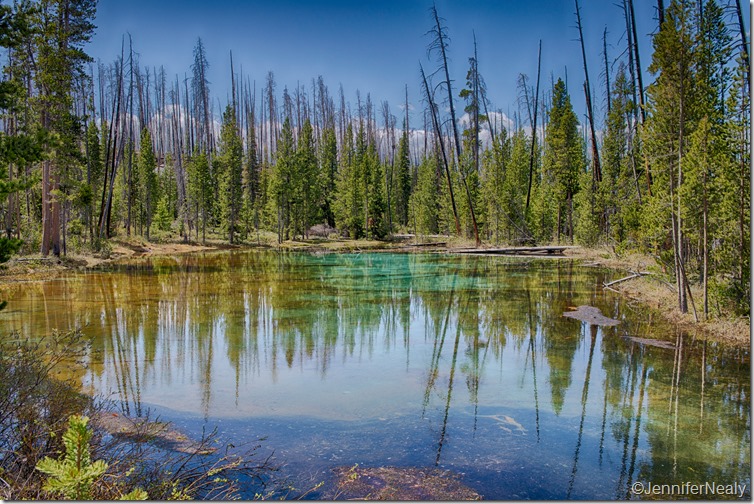 When we got to Cody, we stopped at a restaurant to pick up lunch to go. When we tried to start the car again, however – it was dead. We had no idea what happened, but Deas decided to try jumping the battery. A man was walking through the parking lot and we asked him to help us, which he graciously did. The car cranked right back up, we thanked him profusely, and we drove straight to an auto parts store. They checked everything out and hooked the battery up to their diagnostic tool, and it did not report any issues, but Deas bought a new battery to keep in the car in case it happened again. I don’t know if this issue was related to the fact that we tow the car, or if the battery was just nearing the end of its life, but either way we were glad it wasn’t something more serious. However we did decide to cut our exploring of Cody short just to be safe. I only got this one picture from the park where we had lunch. 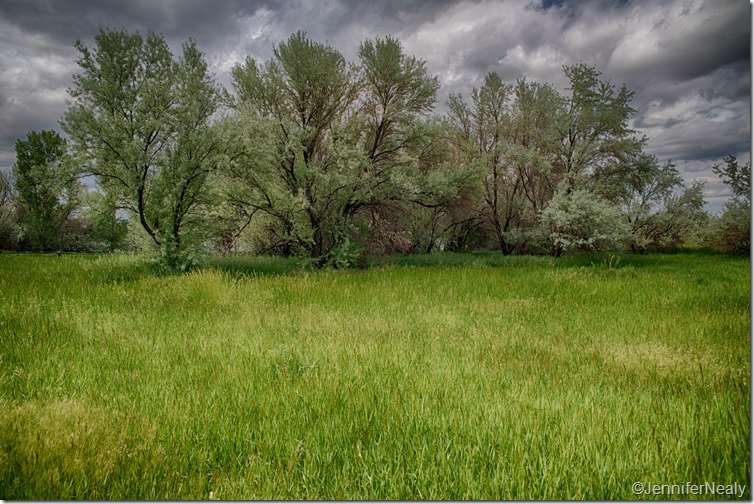 Interesting side note to that story – when we got back to to Fishing Bridge, who did we see but the man who had jumped our car in the parking lot! And he was parked just a couple of sites away from us.

The next morning we moved to the Canyon Campground for two nights. This is a very nice and very popular campground, and since we didn’t have advance reservations, we could only get a spot for two nights. It’s very close to the Grand Canyon of the Yellowstone, and there are several different trails you can take to different viewing points. In the morning we did the trail to the Brink of the Lower Falls, which is a short but very steep trail with lots of switch backs. The view was worth it – you’re on a platform right at the top of the falls. The sound of the water crashing over the edge was tremendous. 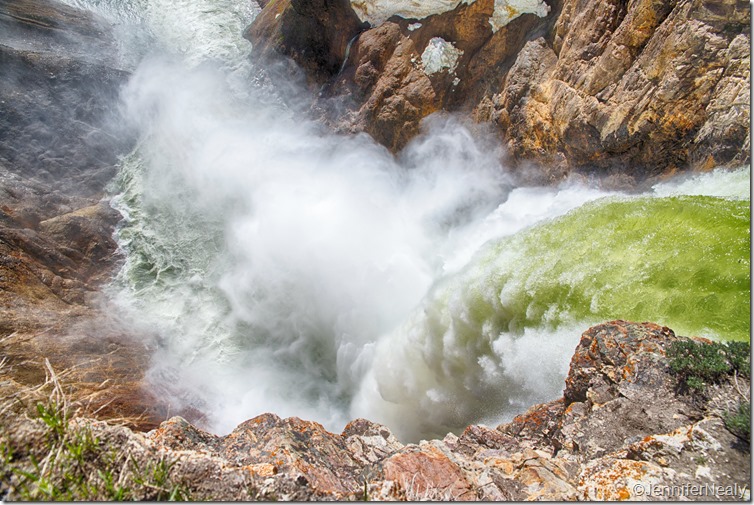 We also did the trail to the Brink of the Upper Falls, which is a much easier trail but with just as impressive of a view. 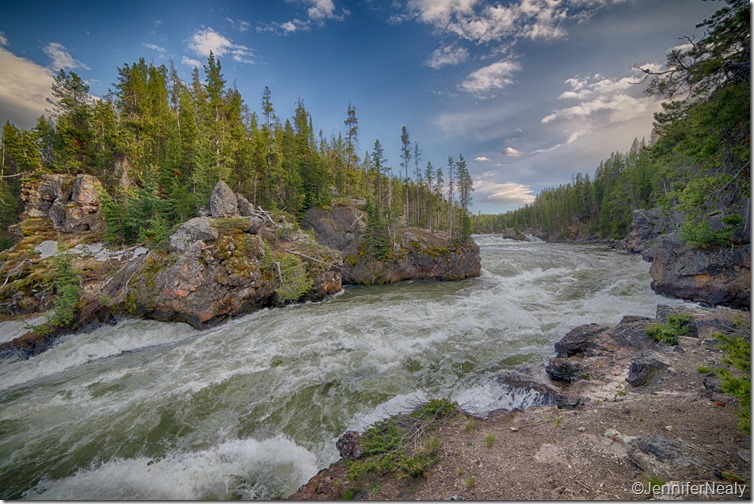 After our stay at Canyon, we moved to Mammoth Campground, which is at the north end of the park and is first-come-first-served only. There was some road construction on our route, so Deas left early in the morning with the RV to make sure we got a spot, but I wanted to take some pictures at a couple of the other waterfall hikes. The first one was the Red Rock Point Trail, which is another very short, very steep trail with lots of stairs. It provided yet another lovely view of the Lower Falls. 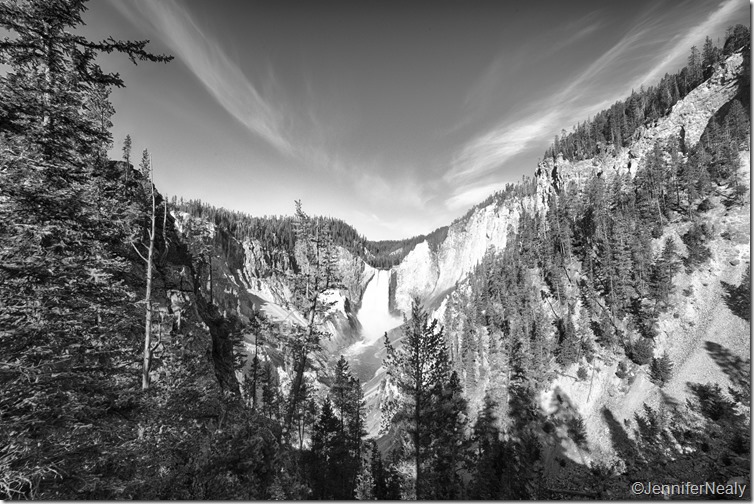 Next I headed over to the Lower Rim Trail, which starts out with a view of the Upper Falls and the Yellowstone River.

If you follow this trail towards Artist’s Point, you pass the access point to Uncle Tom’s Trail. When we were in this area a week or so prior, Uncle Tom’s Trail was closed because there was an ice pack that hadn’t melted yet. But lucky for me, it was now open. This is yet another very steep trail – this one goes down 500 feet via a series of metal stairs – over 300 of them. You can see the staircase at the bottom of the photo below.

This trail is not for the faint of heart – or anyone afraid of heights, for sure. Since the stairs are so steep (and again – so many of them!), I felt the need to watch my footing, and since you can see right through the stairs, it ended up making me very dizzy. I had to stop on more than on occasion to rest. The stairs are actually bolted to the rock – and the ground is very far below. And I couldn’t help but notice that some of the stairs were warped – I can only assume from the weight of the snow and ice that are piled on them every winter. As I continued down, I was was working really hard to convince myself that someone competent had inspected these stairs before opening the trail. It was seriously nerve racking, especially because once I got to the bottom I was all by myself. The roar of the falls was deafening and the stairs were vibrating from the force. Once again the view did not disappoint. There was still a massive clump of snow between the base of the trail and the falls, and I was rewarded for my efforts with a hint of a rainbow near the base of the falls.

Of course, then I had to walk back up…

My legs were sore for days.